Banana flambé is flamboyant, dramatic and wonderful. Equally magnificent is a petite version of the dessert with half the fuss and mess. Enter Chocolate Péjoy Banana Rum Cake Pops. What is a chocolate Péjoy? A slim biscuit stick filled with chocolate cream. Basically a chocolate Pocky turned inside out. 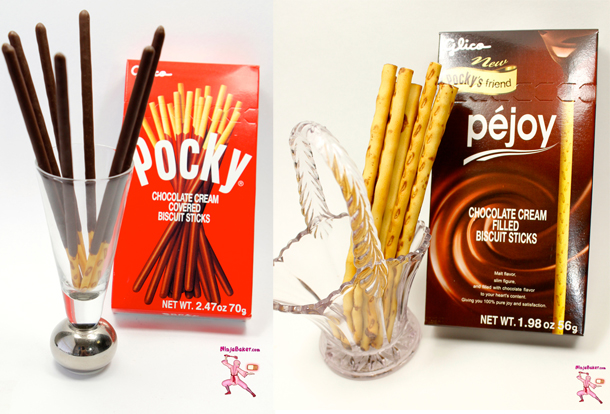 So, using a baking mix (Bisquick), I whipped up a grownups only banana rum cake batter popping with bits of Péjoy chocolate biscuits. I skipped the milk (used in most banana cake recipes) and poured in rum! The booze is, quite frankly, not prominent. Rather, the rum tempers the banana flavor, which leaves a fruity tickle on the tongue. 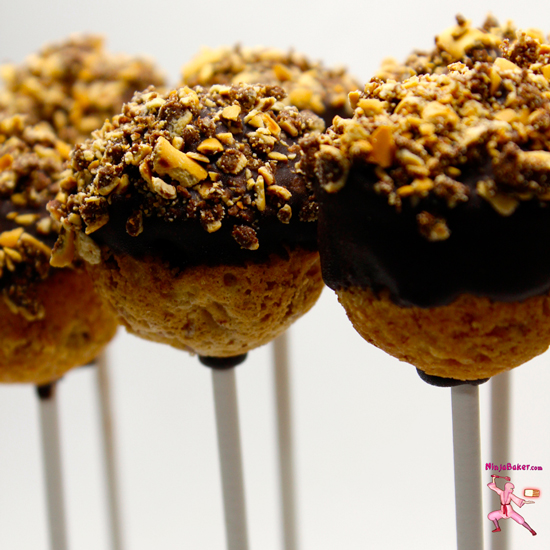 Melted dark chocolate and chocolaty crumbled Péjoy crunch atop the
cake pops (mini cakes and muffins)
are a double whammy of deliciousness!

I was honored to have Valentine boxes of Péjoy delivered to my doorstep. The Glico Group is one of the oldest and most iconic confectionery manufacturers in Japan. In fact, only a decade prior to opening their doors, samurai still roamed the streets. 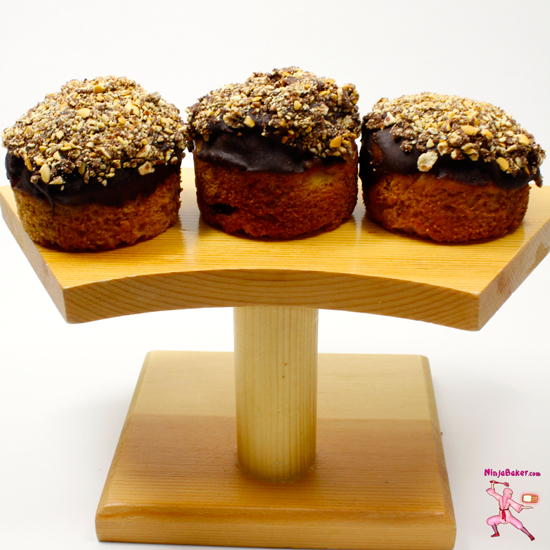 Prediction: The Japanese chocolate Péjoy will gain as much popularity as Pocky!

Glico was one of the first to follow the Emperor’s decree that Japan should learn from the Western world… In 1927 Glico caramel boxes rattled with toy trinkets much like the American Cracker Jack boxes. Coincidence? Or an example of Jung’s collective unconscious ideas surfacing? I don’t know if Glico execs of the 1920s spoke to the gents who manufacture Cracker Jacks. I am quite certain, however, that fans of Glico caramels, cookies, Pocky, Pretz and Péjoy are on the rise around the world. 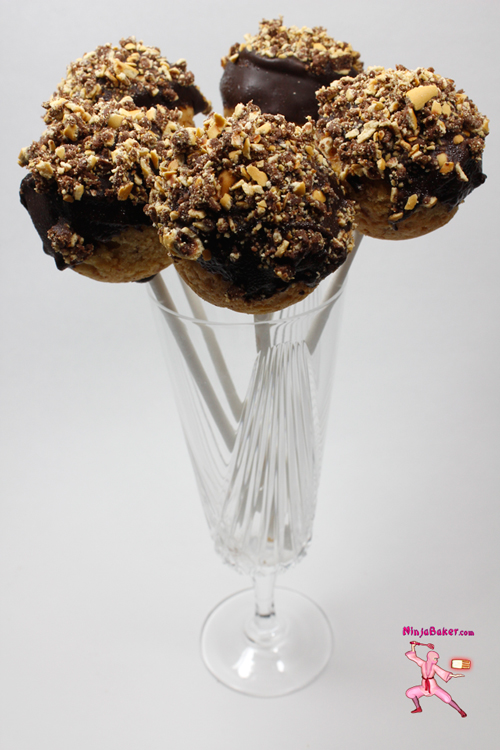 Try a chocolate Péjoy straight out of the box or in the Ninja Baker’s
Chocolate Péjoy Banana Rum Cake Pops.
You may also be a Glico fan. Or at least a lover of chocolate cream filled Péjoy. 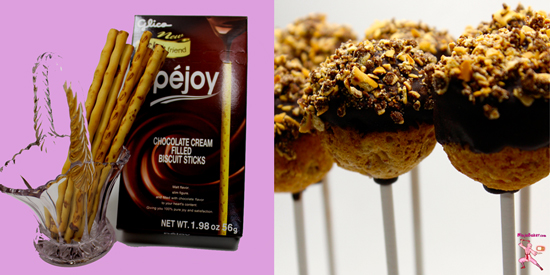 *1 Ninja Note: Sucanat is a natural cane sugar which retains B6, calcium, iron and other nutrients. Brown sugar and a drop of molasses would be an excellent substitute.

Mash up bananas with a potato masher.

Stir in the sugar, rum, oil, extract and eggs. Mix in the baking mix and chopped chocolate Péjoy biscuits. When combined, divide the batter into your cake pop, muffin and/or mini springform pans.

Bake at 350 degrees for 30 minutes or until a toothpick inserted into the center comes out clean.

Melt the candy melts per package directions. (I like Wilton’s. It’s a simple melt and stir over a double boiler. I also find the chocolate does not harden in the pan quickly – making it easier to dip the frozen cake pops.)

Crumble the chocolate Péjoy in a food processor.

Dip the chocolate covered cake pops, mini muffins or cakes into the crumbled chocolate Péjoy. Sticking freshly dipped cake pops into Styrofoam blocks are useful while waiting for the chocolate and Péjoy garnish to set.

Wishing you days flambéd with sizzle and streaks of good fortune.