The Cake Slice Bakers are a group of bakers from around the world. Every month a new challenge arrives...Currently, we are presented with the opportunity to bake one of four recipes from Southern Living’s The Southern Cake Book. 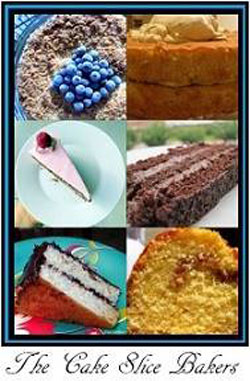 Do you tremble with excitement or fear at a new challenge? Even with Cake Slice Bakers assignments, it seems I’m wired to face foreign concepts and recipes with a bit of trepidation. But, with each accomplishment, I’m exhilarated and excited. So, I’m appreciative to the Cake Slice Bakers for introducing me to greater level of skill in the kitchen and self-confidence. 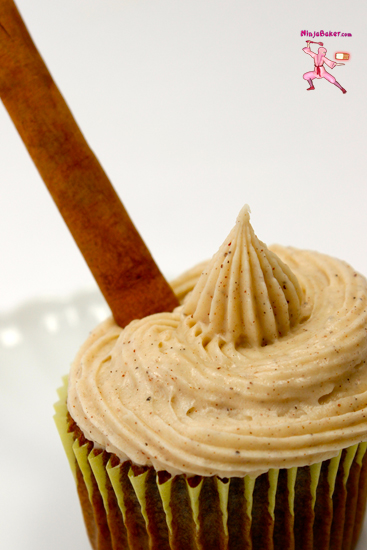 The Southern Cake Book is full of glossy food photos, which reflect the (stereotypical) luxuriously rich and gentile lifestyle of the South. And the scrumptious recipes! Including this month’s Chocolate Velvet Cupcakes swirled with Browned Butter Cinnamon Cream Cheese Frosting, which is out of this world. The chocolate is moist and fudgy. The Browned Butter Cinnamon Cream Cheese Frosting with the cream cheese base is like a Southern Belle – sweet with a wink of mischievous spice. 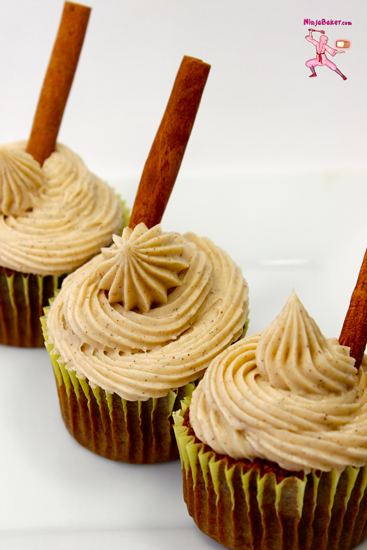 For savory cooking, the Southern trinity is onion, bell pepper and celery.
Chocolate, cream cheese and butter make be the trinity of Southern cake making.

I’ve always had a fascination with the South; the gentility, the charm, the good manners and ready smiles…Forgive me if my statements about the South are overly romantic. My impressions of the South are all from movies and magazines. But, impressions can be strong motivators…One Japanese friend moved to Kansas because he was mesmerized by the cornfields pictured in the film Superman. Another friend said sayonara to Japan, hello to Colorado thanks to John Denver’s Rocky Mountain High song….You never know one of these days this Ninja Baker may be saying hi y’all from South Carolina! But then again moving down South would be a new challenge…Hmmm. 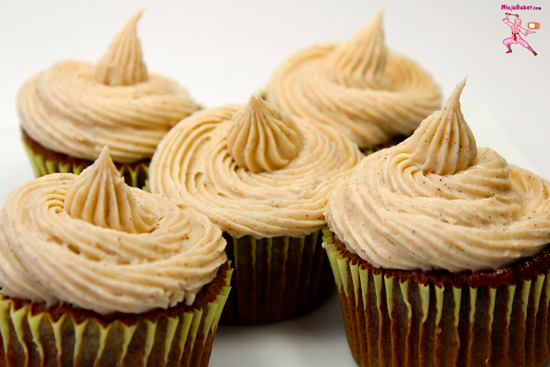 Which cupcake is more likely to appear on your dessert table?
Red Velvet or Chocolate Velvet?

At any rate, The Southern Cake Book’s Chocolate Velvet Cupcakes and Browned Butter Cinnamon Cream Cheese Frosting is a challenge definitely worth embracing! 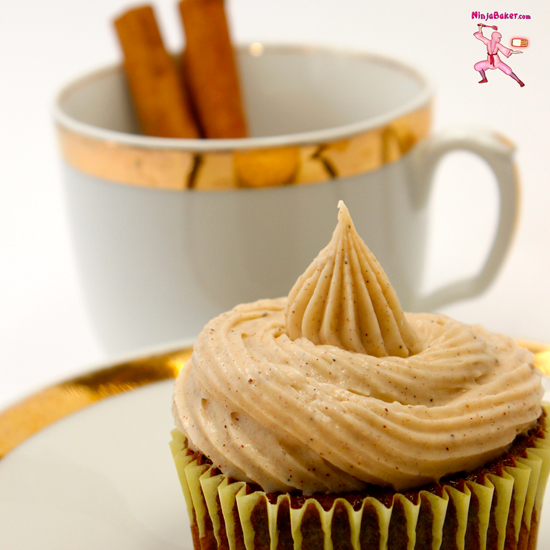 The recipes are adapted from Southern Living's The Southern Cake Book.

Fill cupcake tins with liners. Preheat the oven to 350 degrees.

Melt the chocolate chips in a double boiler or in a microwave.

Ninja Note: If microwaving the chocolate: 1. Do cover the bowl with a paper towel so a chocolate volcano does not explode in your microwave. 2. Do stir every 30 seconds or so. (The chocolate should melt within 2 minutes.)

In the bowl of a stand mixer (or a hand-held mixer) beat the softened butter and sugar for about 5 minutes. One at a time, add the eggs. Blend in the melted chocolate.

In a separate bowl, sift the flour, baking soda and salt together. Pour in a third of the dry mixture to the melted chocolate mixture. Stir in some of the Greek yogurt (or sour cream.) Pour in some more of the flour mixture. Add the rest of the yogurt. Add in the remaining flour mixture.

On the mixer’s low speed, stir in the hot water. Blend in the vanilla extract.

Divide the batter into the cupcake cases. Bake for 20 minutes. Cool.

Melt the butter in a saucepan, constantly stirring for about 8 minutes. The butter will bubble and transform from golden yellow to deep chestnut. (Do keep stirring to avoid burnt butter and do-overs.) Pour the browned butter into a large bowl. Cover with cellophane. Refrigerate for one hour.

Empty the softened cream cheese on top of the hardened butter. Beat with a mixer until combined. Slowly pour in the powdered sugar. Stir in the vanilla and cinnamon.

Wishing you challenges with happy endings.