You may have noticed this new logo and animation for NinjaBaker.com. The creator of the animation, David Watkinson, is the same man who is the graphics coordinator for the hit FOX TV show, Bones. He just happened to be on hiatus. So I was lucky to snag him for the job. Oh, he just happens to be my husband, too. 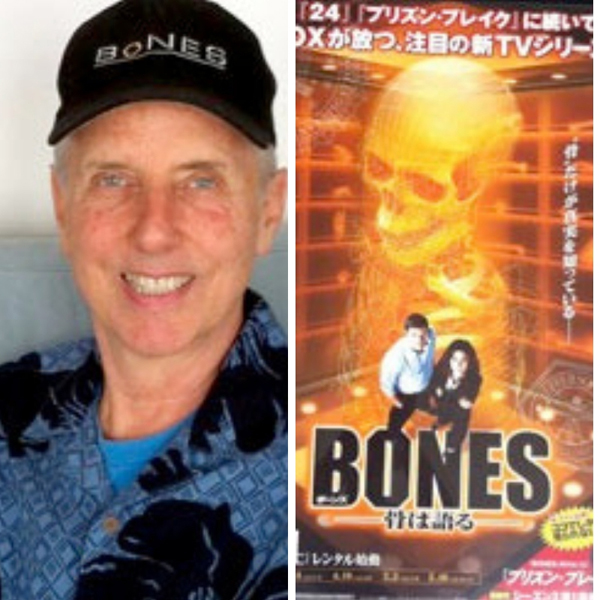 High ratings for Bones have garnered an eighth season along with high praise for the graphics from LA Times TV Critic, Mary McNamara. “Even the most episodic procedural can feel cinematic…Bones and Fringe have computer graphics that are just as much fun as those in Iron Man.”

She goes on to say, “As anarchist Emma Goldman certainly would have said if she were a television critic: If I can’t watch Bones, I don’t want to be part of your revolution.” Click here to read the full article. Ms. McNamara in another article listed Bones as one of the TV shows she watches when she’s off the clock, wanting to relax.

Prestigious online tech e-zine Creative Cow Associate Editor, Debra Kaufman, is apparently also a fan of Bones. And of David’s work. She did a whole article primarily about him! Click here to read the piece. Kudos to Ms. Kaufman for capturing quotes that explains my husband’s work creating content for all the computers on the show; including the very impressive eight foot long transparent monitor that hangs from the ceiling. “Most people think the content on these screens are done in post…But the scenes are all shot live with the actors interacting with the screens in real time.”

In the Creative Cow article Ms. Kaufman explains that what my husband is doing is akin to authoring an interactive kiosk. She sums it up with this quote from him, "I combine text, video, still images, 2D and 3D animations, and program them with JavaScript so that our people on the set can interact with the graphics to match what the actor is allegedly doing.” 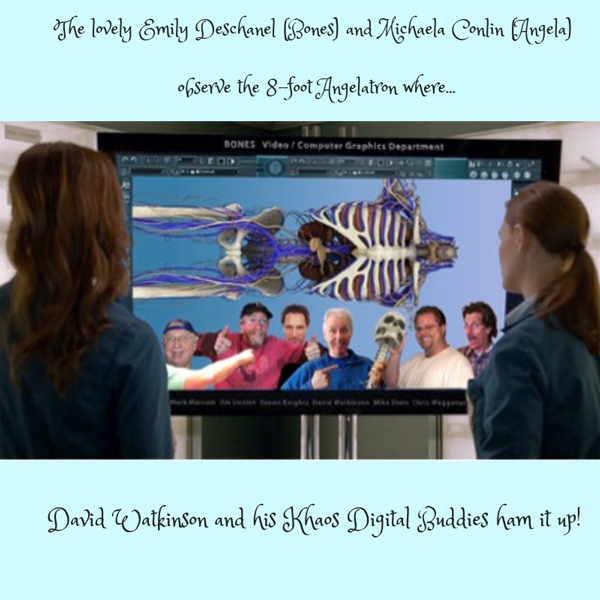 Bones is also popular in Japan. When Japanese singing superstar, Seiko Matsuda made her debut on the show, the Ninja Baker became a part of her American entourage. Matsuda-san's English is excellent so I mostly translated for her (very nice) manager and make-up man.

In addition to popular TV shows like Bones, David has worked on many space-oriented films starting with Apollo 13 and including the first two Men in Black movies as well as Clint Eastwood's film, Space Cowboys. You can see more of his credits here. 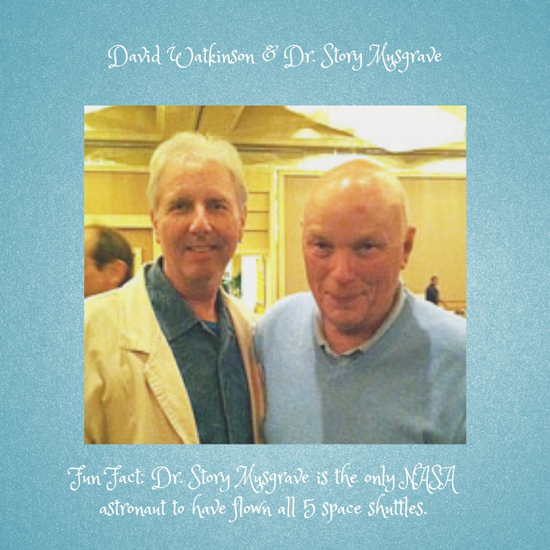 Wishing you a stellar guy or gal who you can foxtrot with to Fly Me to the Moon.