There is magic in the air as the dawning of Christmas Day approaches. Smiles abound and Santa is not the only one with a twinkle in his eye. Udi’s Gluten Free certainly is in the Christmas spirit. Scroll down to see how you can win LOTS of prizes from the famed seller of scrumptious gluten free goodies. Udi’s Gluten Free also gifted this Ninja Baker with two big boxes of fantabulous yummies. (After years of only nibbles of bread, I’m now consuming Udi’s Gluten Free Millet Chia every other morning!)  Here are a few suggestions to inspire and infuse your Christmas day with the spirit of good cheer. 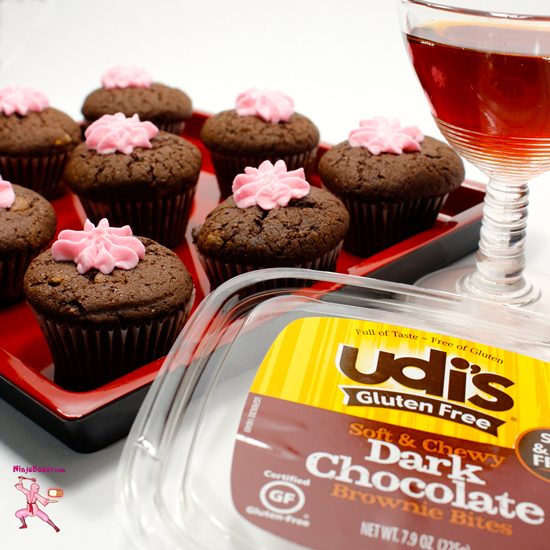 Udi's Dark Chocolate Brownie Bites are bliss...But this Ninja Baker decided to amp up the deliciousness with a swirl of Japanese Plum Wine Frosting.

Japanese Plum Wine Frosting: Whip up the following ingredients in a mixer bowl which has been in the freezer overnight. Fill a decorating bag and pipe the Japanese dessert wine onto the brownie bites. 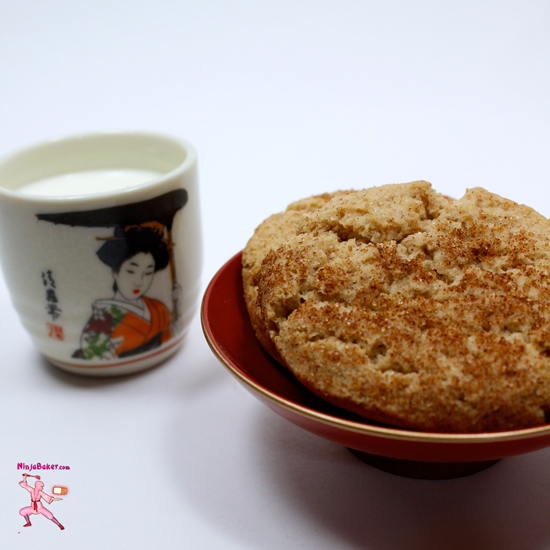 What treats do you leave out for Santa Claus on Christmas Eve?

Whether you spike the milk or not, Santa may become intoxicated by the heady and heavenly cinnamon scent and flavor of Udi's Gluten Free Snickerdoodles! 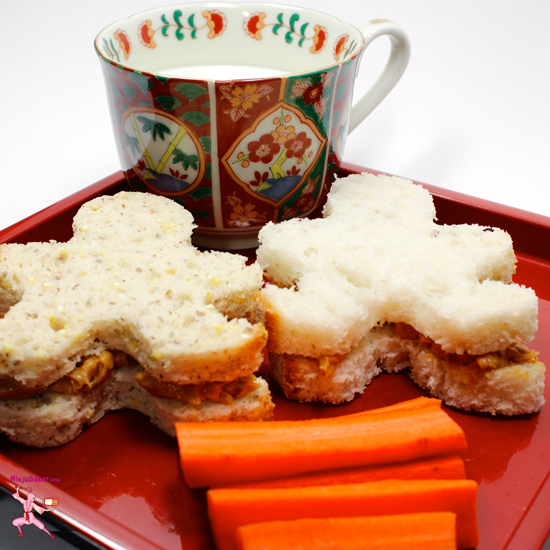 Cookie Cutter Almond Butter Sandwiches:
Rumbling tummies can be kept a at a low rumble until Christmas dinner.

Why not employ your Christmas cookie cutters to create mini sandwiches? Almond butter with Udi's Gluten Free Millet-Chia Bread is a dream team meal...at any time of day. Of course, Udi's White Sandwich Bread is a pretty stellar choice of gluten free bread, too. 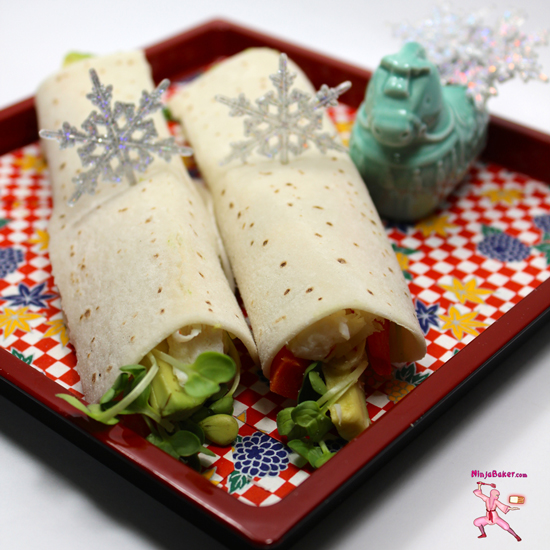 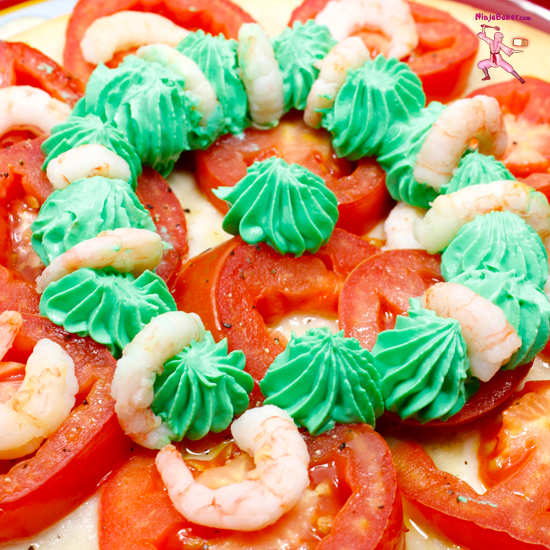 Foregoing a fancy Christmas party in favor of a casual get-together with friends? Udi's Pizza Crusts are brushed with olive oil, garnished with tomatoes, baked at 375 degrees for 8 minutes. Fresh shrimp and wasabi (Japanese sort of horseradish) cream top the party-friendly food.

Wasabi Cream: Combine 1 container (8 ounces) of cream cheese with 1 teaspoon of wasabi powder. Ninja Note: The cream cheese is a great dip for a crudités tray, too. 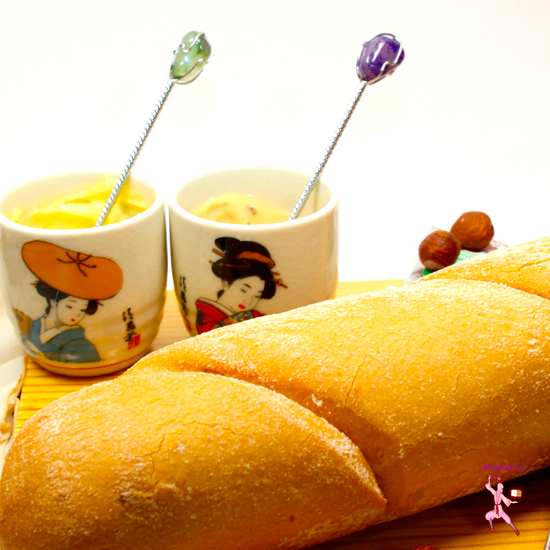 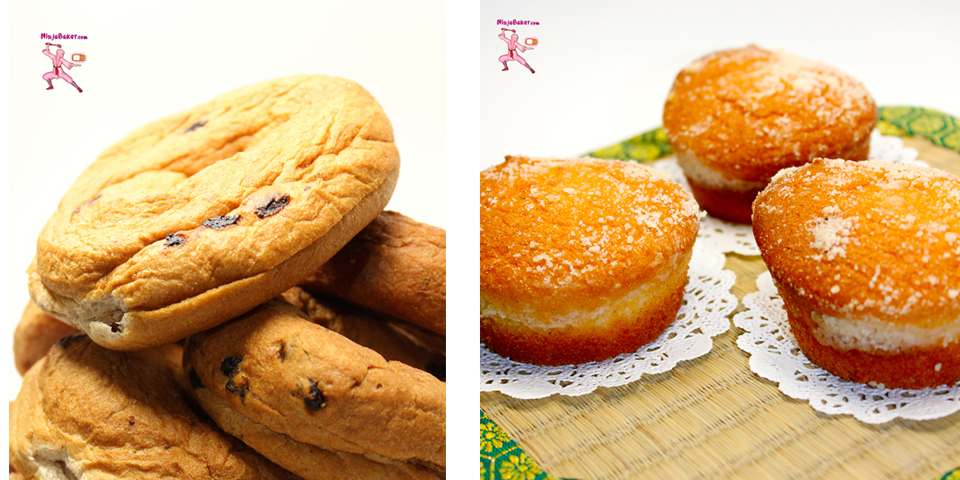 As the embers in the fireplace flicker and guests have returned home...
The hostess with the mostest may have found she forgot to eat...
How about an Udi's Gluten Free Cinnamon Raisin Bagel or Double Vanilla Muffin?

Win Udi's Gluten Free delights and reward yourself with a well-lived 2014. 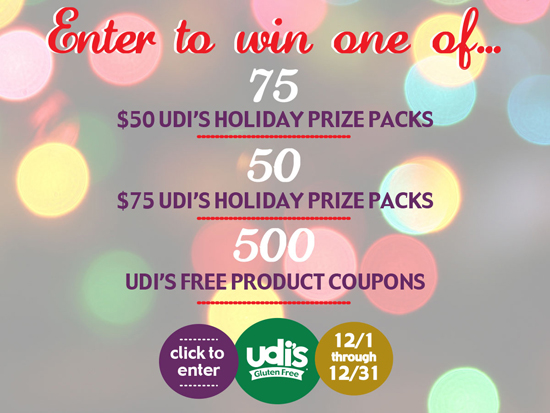 In the spirit of Christmas, Udi's Gluten Free is generously gifting fans with LOTS of prizes and product coupons.
Yes, there is a catch.
You have to fill out this simple form AND
share what you like to eat, drink and be merry at Christmas.
How easy is that?