A symphony of snowflakes may be serenading you in February. But if you live in the Mediterranean basin, you probably have an olive tree or two outside your kitchen window, boasting to you of their verdant branches. 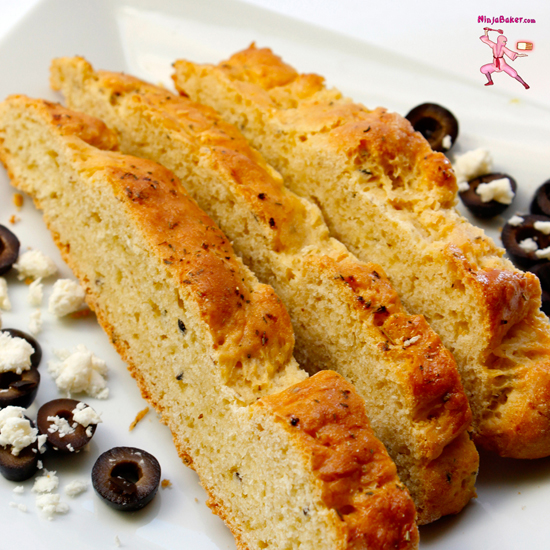 As our mission in this month’s #TwelveLoaves baking challenge was to included olives, this Ninja Baker did some sleuthing. Apparently the olive is an important fruit. Yes, that green olive adorning your martini is a fruit!

Symbolically the olive is tied with charity and is referenced often in the Bible. (Also,  the oil of olives is associated with the anointing of kings in the Bible.) Speaking of the Good Book, spinning in my mind these days is Proverbs 31:25.

She is clothed with strength and dignity; she can laugh at the days to come.

Strength and honour are her clothing; and she shall rejoice in time to come. 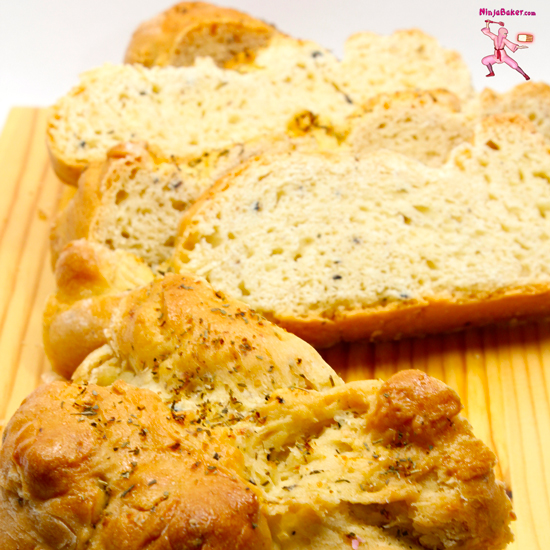 I seem to be at a point in my life where in minor to major situations, an important question continuously appears: Am I going to serve Love or fear today? Risk-taking, trusting there is a net appears to be on the agenda for 2015. But look at the caterpillar. Does he/she know that all his/her efforts of pushing hard to break the cocoon will result in freedom and beauty? My belief is it simply following instinct. 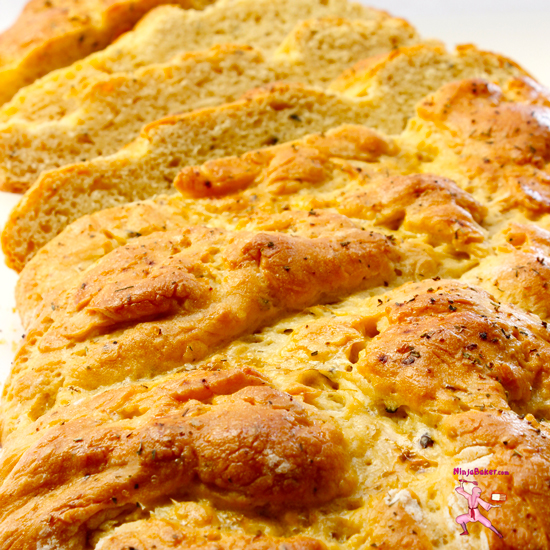 So what does that have to do with olives and bread? Well, with February’s olive themed bread assignment for #TwelveLoaves, I could have opted out with a simple savory olive pizza muffin. But, I put on my game face and incorporated the challenge of braiding bread. Yes, I attempted the technique in January. The result was delicious but unbraided white bread. This month I took a step forward.  I still have some practicing to do. But I’m willing to take baby steps…Especially when the result is bread speckled with olives and feta cheese. I’ve called the bread Greek bread. Olives and feta cheese are my favorite parts of a Greek salad. (Greek yogurt was also substituted for sour cream.) I confess the feta flavor is on the subtle side. But the olives added a surprising nutty sort of texture. The Greek bread serves as a fine foundation for a mountain of cheese, meat or both! My friends at a recent movie viewing party gave two thumbs up. Hope you do, too! 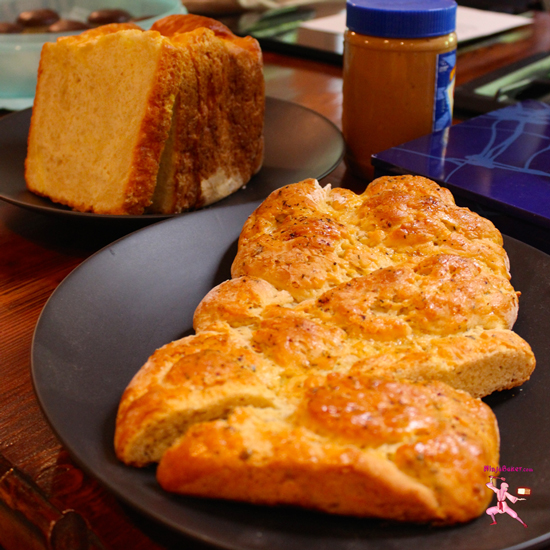 The Ninja Baker's Japanese white bread and Greek bread at a movie-viewing party. 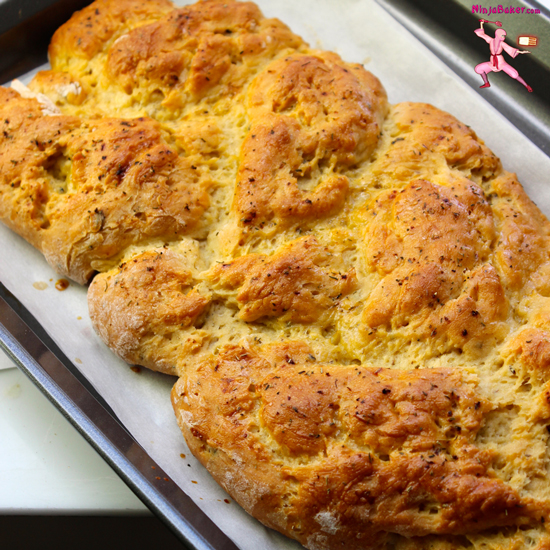 Olives, feta cheese and Greek yogurt swirled into a basic sweet dough gives way to a simple but satisfying bread. After a whir in the bread maker machine, the sliced olives create a pleasant nutty sort of crunch.

In the order listed above, place all the ingredients into the bread pan of a bread baking machine fitted with a kneading paddle. Select the Dough/Pizza Dough selection. When the dough is mixed, kneaded and has risen, remove the dough from the bread machine.

Place the dough onto a floured cutting board. Divide the dough into three equal parts. Braid the bread. Here’s a link to a true braiding expert.

Leave the braided bread in a warm place and allow the loaf to double in size. Paint a whisked egg on top of the bread. Sprinkle with Penzeys Spices' Mural of Flavor or similar spice blend. Bake at 350 degrees for 40 minutes or until golden brown.

#TwelveLoaves is a monthly bread baking party created by Lora from Cake Duchess and run with the help of Heather of girlichef, which runs smoothly with the help of our bakers. Our host this month is Karen from Karen's Kitchen Stories, and our theme is Olives. For more bread recipes, visit the #TwelveLoaves Pinterest board, or check out last month's mouthwatering selection of #TwelveLoaves New Year Challenge Breads!

If you'd like to bake along with us this month, share your Olive Bread using hashtag #TwelveLoaves!

Wishing you kindness, charity and above all love.