Iron Chef Masaharu Morimoto’s Mastering the Art of Japanese Home Cooking pays homage to the oba-san*1 (granny or auntie) in the Japanese home kitchen.  Morimoto: The New Art of Japanese Cooking (published in 2007) was a generous share of how to create exquisite Japanese cuisine with a multicultural flair. If you’ve seen Chef Morimoto on Iron Chef on TV in Japan and/or America, you know he’s a master of Japanese and French cooking. (Frankly, he seems to be well versed in the cuisine of almost every country!) Almost 10 years later, it seems the Iron Chef has returned home to his Hiroshima roots with his latest cookbook. 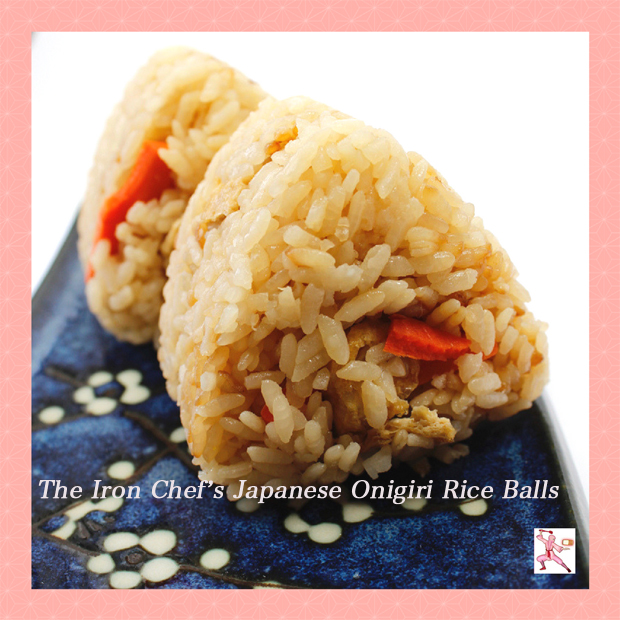 Mastering the Art of Japanese Home Cooking still has rebellious recipes such as potato chip-centric furikake (seasoned rice sprinkles.) The bulk of the Iron Chef’s recipes in his current cookbook, however, reverberate with Japan tradition. Chef Morimoto’s love for his mentors is also apparent. There are mentions of his time as an executive chef at Nobu in New York. (Thanks to his business partner, Robert De Niro, Nobuyuki Matsuhisa opened the door for foreigners craving an experience of Japanese flavors.) But the spotlight shines brightly on Mrs. Oyama. She was the missus of Ichiban Zushi where 18-year-old Masaharu Morimoto began his apprenticeship. Chef Morimoto recalls, “It was under her tutelage that I made my first dashi. (Japanese soup stock) Every morning, she and her daughter-in-law made the stock from scratch, steeping kombu (dried kelp) in a pot of barely bubbling water before adding handfuls of the feathery katsuobushi (bonito) flakes.”

Wondering why Chef Morimoto’s mother didn’t teach her son? She couldn’t. His mother was raised in a household of great wealth. Servants took care of everything. WWII vanquished the lavish lifestyle. Chef Morimoto’s mother began working and turned to soy sauce for every culinary challenge. His father was a drinker. The budding chef’s primary sustenance was bowls of rice. Chef Morimoto writes about his painful history with an even hand. There are no traces of regret, blame or sorrow. (Japanese often use the stoic expression - shikata ga arimasen - it can’t be helped.) Still, it seems Chef Morimoto suffered more than his fair share of injustices in his youth. His passion was baseball. He was heading to the pros. Injury interfered. His stellar culinary career was motivated by the rare and happy visits to the sushi bar with his family. 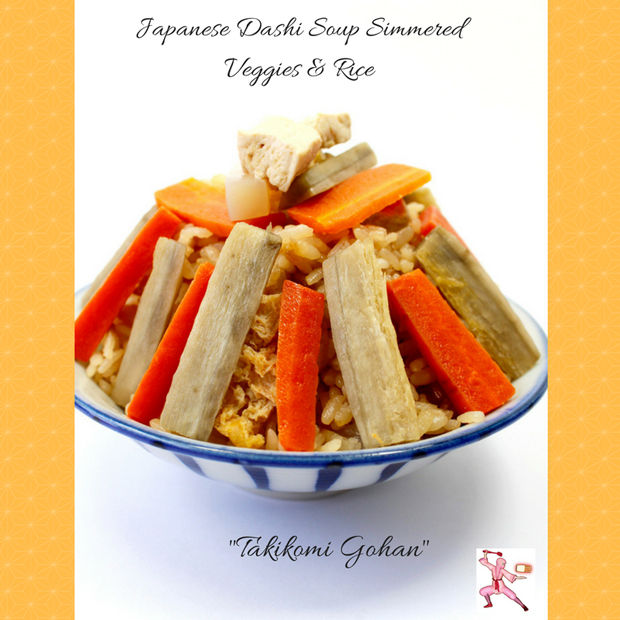 Chef Morimoto navigated the enormous pressures on the Iron Chef TV show like a surgeon in the operating room. Never shouting. Always calm and confident.  Paul Snyder, the General Manager of Morimoto Asia in Disney Springs confirms that, “Who you see on TV is who you see in person.” He is a humble, surefooted warrior in and outside the kitchen.

Trying out the different recipes in Mastering the Art of Japanese Home Cooking, I felt a very steady hand was guiding mine. Chef Morimoto’s instructions are pitch perfect. Gorgeous photos grace nearly every page. Yet, it is his knowledge of the process of Japanese cooking to the minute details that is so impressive.  (I hear you. That's why he’s the Iron Chef!) Mastering the Art of Japanese Home Cooking recipes make me feel like Chef Morimoto is at my side. When preparing food of another culture, it’s comforting to have a maestro teacher in the kitchen. In comparison, even in my beloved edition of Julia Child’s Mastering the Art of French Cooking, there is a feeling of flying solo. By the way, Julia Child was instrumental in the naming of Chef Morimoto’s cookbook. He was inspired to make Japanese cooking accessible just as Julia Child had done for French cuisine. With Chef Morimoto’s “Magic Tricks” and “Grandmother Wisdom” sprinkled throughout the book he does make Japanese home cooking look easy…or less daunting.

Starting simple and with the basics, I made Chef Moritomoto’s dashi (Japanese soup stock) recipe. The soup stock was incorporated into his recipes for tamagoyaki (Japanese egg omelet) and takikomi gohan (rice simmered with vegetables.) Dashi is also necessary for making miso soup. 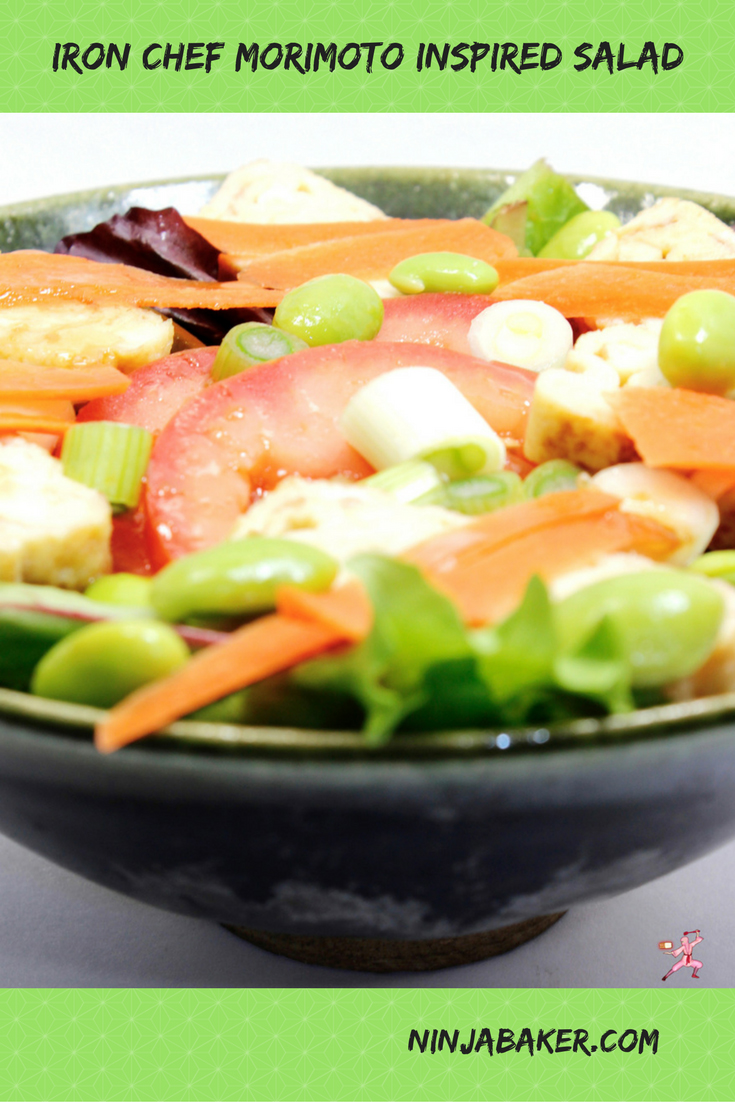 Japanese egg omelet (tamagoyaki) has been in my repertoire for over a decade. (Thanks to my Japanese friends.) However, Chef Morimoto’s method was slightly different and new. Don’t tell. I’m adopting the Iron Chef’s way from now on! Truly Chef Morimoto has taken the pressure off of making Japanese egg omelet. My Japanese friends are able to whip out tamagoyaki with chopsticks. I always fumbled up until now.  Click here for the how-to.

Chef Morimoto’s recipe for takikomi gohan simmers with rich yet subtle flavors of wholesome goodness. Burdock root brings out an earthy taste while carrots add sweetness. It took me back to sitting across the table from my Japanese nanny. The tantalizing tastes also brought flashbacks of munching takikomi onigiri (rice balls) in Tokyo as a teen.

Note: Chef Morimoto describes in detail several types of rice cooker. Unfortunately my ancient Japanese rice cooker did not fall into any of his categories. So I chose the “regular” setting over the “sushi” setting. Next time, I’ll choose sushi.  For making rice balls, stiffer rice works better. Still, I managed to make takikomi rice balls.

Mastering the Art of Japanese Home Cooking is a process of learning.  If you’re going to embark on a Japanese culinary adventure, why not take the journey with Iron Chef Masaharu Morimoto at your side?

*1
Oba-san (お祖母さん) means grandmother in Japanese.
It also means aunt (お小母さん). However, the kanji (Chinese characters) and pronunciations are different.

Click here for Iron Chef Masaharu Morimoto’s takikomi recipe
AND your chance to win the Mastering the Art of Japanese Home Cooking giveaway.