Ninja Diary, The Royal Antidote for the Blues

Haply I think on thee, and then my state,
Like to the lark at break of day arising
From sullen earth, sings hyms at heaven’s gate
-Sonnet 29, William Shakespeare

In the midst of blessings, sometimes the blues come a-calling. But then I remember my heroes...

Emperor Meiji of Japan (1852-1912) was the ultimate multitasker. He cast aside criticism. He persevered in propelling Japan in a positive direction. After 200 years of isolation, the Tokugawa shogunate (feudal lord system) was toppled and the island opened its ports. Samurai grieved their loss of jobs and status. The West demanded deals that put Japanese at a poor advantage. Wildfire arguments about the country’s future raged across Japan. 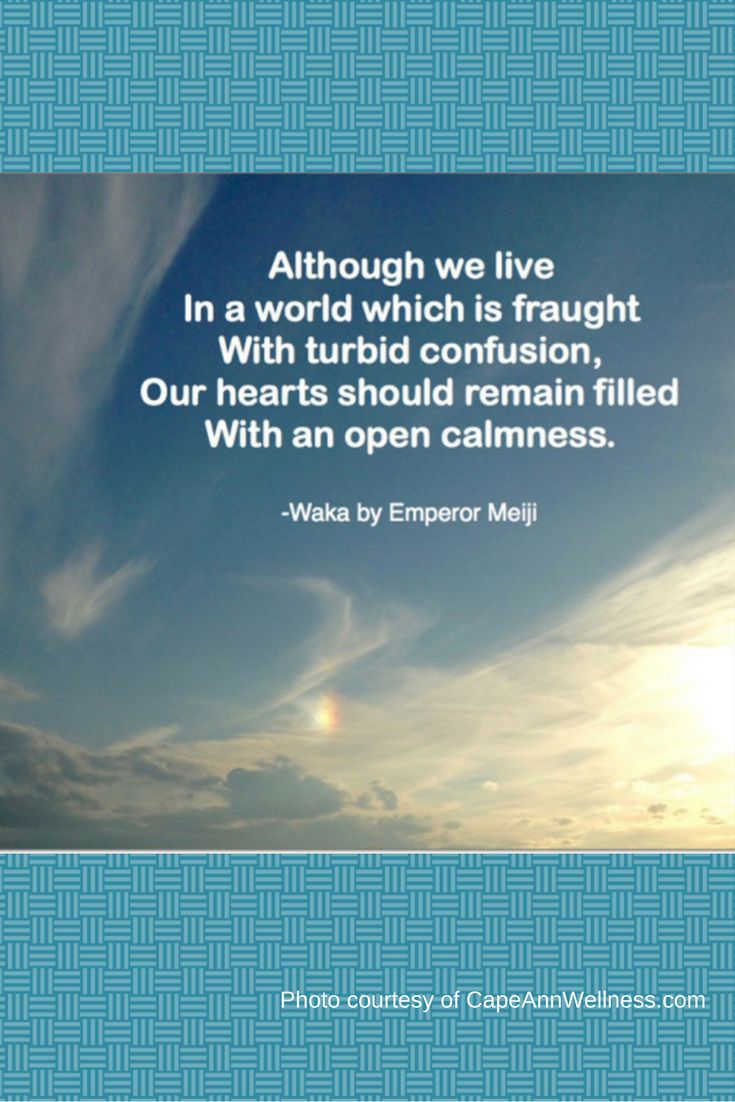 Still, Emperor Meiji boldly blazed a path, which led to an advanced transportation system and a mighty Japanese army. Schooling became available to all in Japan. Women were also encouraged to receive a stellar education. The idea was to build a nation of wise mothers. (Progress is never an overnight phenomenon.)

In the midst of turmoil and transformation the inspired Emperor Meiji found time to write waka poetry. The characters for waka literally translate to “harmony song” in Japanese. (Waka is tanka poetry created with 31 syllables in a 5-7-5-7-7 structure: The Japanese Shakespeare version of iambic pentameter.) The Meiji Restoration led by Emperor Meiji is known as the Era of Enlightened Rule. 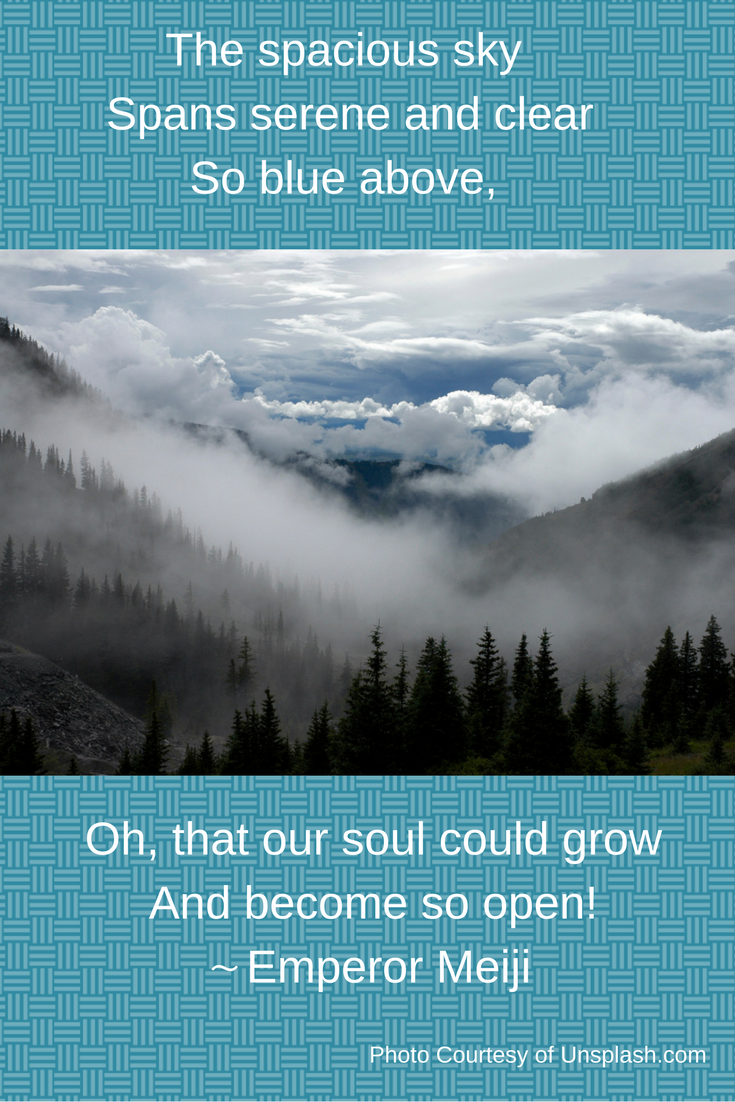 Stress was clearly present during the Meiji Era. Instead of reacting, Emperor Meiji chose reflection. His contemplation translated into over 100 uplifting poems.

I’m inspired by Emperor Meiji. Who inspires you? How do you rise above?

Wishing you a heart light and free during the holiday season and always!