3 Japanese Ways to Dress Up an Idaho Russet Potato

The Idaho russet potato is a tried and true American classic. From the most momentous to mundane moments, the spuds faithfully deliver flavor. Idaho russets dutifully report to the kitchen and are whipped, baked and mashed into deliciousness. Do you have a potato recipe that is a family favorite? Please share!

My husband’s mom was an excellent cook, baker and mother. (Think freshly baked pies every Friday.) David (my husband) was skeptical at first of stretching the boundaries beyond traditional American potato recipes. However, I’m now getting requests on an almost daily basis to add Japanese pizzazz to an Idaho russet. The ingredients are easily attainable, easy to make…and well, a fantastic way to enjoy the joys of both Japanese and American cuisine! Want to take a peek at the how-tos?

Ninja Note: In Idaho, there are several varieties of the russet potato. They all work beautifully with the Japanese accompaniments.

A baked potato proves to be the perfect playground for Japanese pickled plum and American cream cheese.
The slightly tart plum and the subtle creamy sweet and smooth potato work flavorful magic! 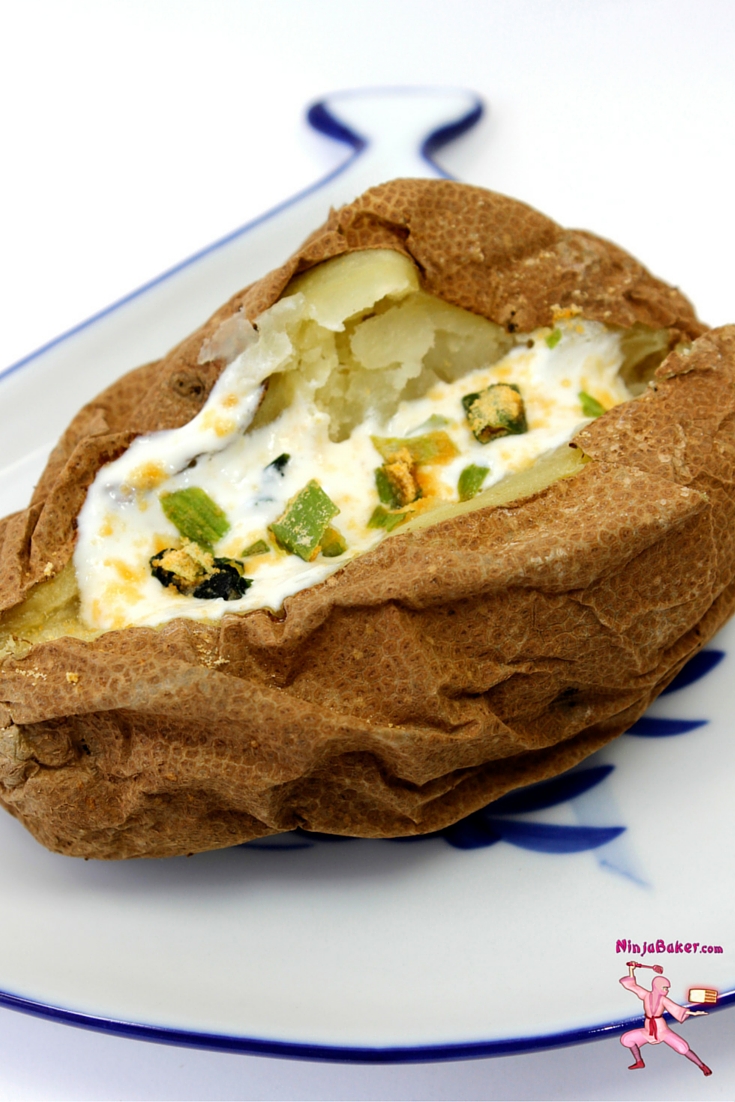 Bold savory miso with bits of green mingle with smooth sour cream atop a baked potato.

Stir together 2 T of sour cream with a ½ tsp miso soup powder. Enjoy a dollop atop a baked potato.

***Packets of Japanese miso soup powder are popular items on the Asian aisle at American supermarkets. Miso is an inexpensive way to introduce the East into Western cooking. 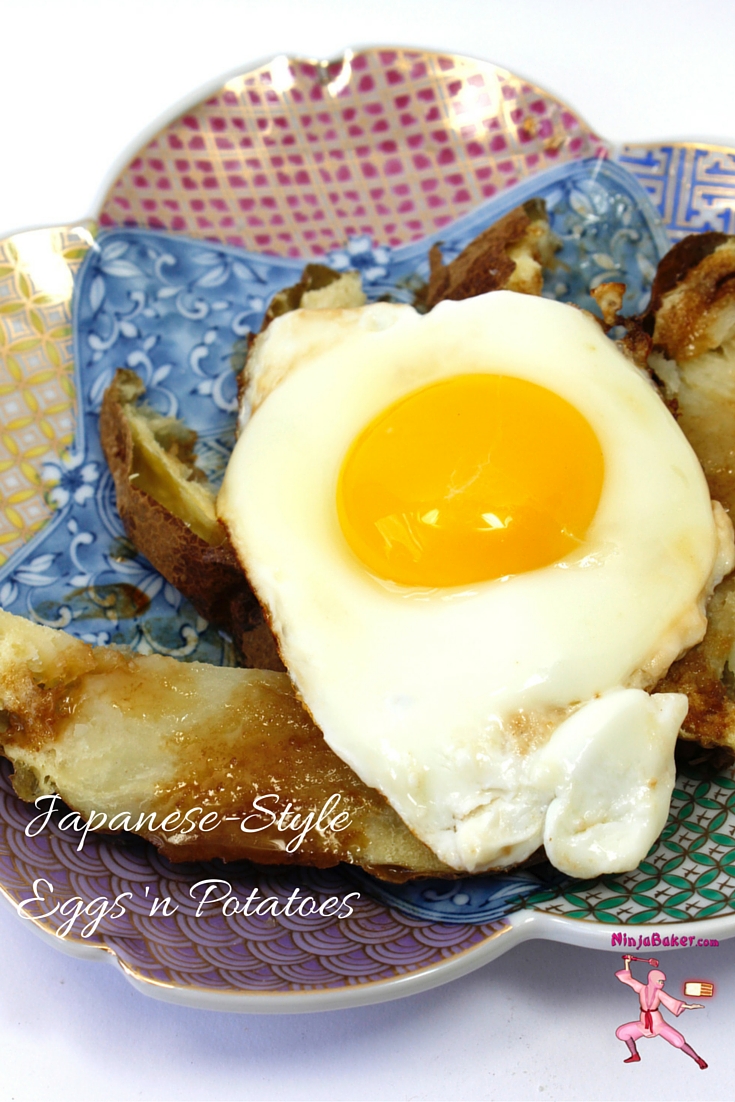 Skip the salt and let the soy sauce do the talking in this simple, satisfying, oh, so scrumptious meal.

Swirl 3 T butter and 1½ - 2 tsps soy sauce in a frying pan with the potato slices. Scoop onto a plate. Fry 2 eggs and slide sunny side on top of the sizzling soy potatoes.

***Soy sauce, butter and egg atop a bowl of rice is standard Japanese fare. It’s a perfect post-theater/movie/fill-in-the-blank midnight meal. And my husband’s favorite breakfast!

Wishing you a perfect marriage of East and West on the plate.