Seth MacFarlane of Family Guy fame has elevated the FOX TV lineup to greater heights. In 2017 he launched The Orville. The TV show is an updated Star Trek with moments that tickle the funny bone. Although Seth is known for comedy, content of The Orville contains heart-stirring stories and commentary on society. (See The Orville Season 1 About a Girl and Majority Rule.)

My darling husband David Watkinson was nabbed to handle graphics for the show. Thanks to him I’ve enjoyed The Orville cast and crew parties. Each one feels like I’ve been plopped into the middle of a dream. A good one. I suspect the parties are over-the-top glamorous and exciting thanks to Seth and his dream team of assistants. 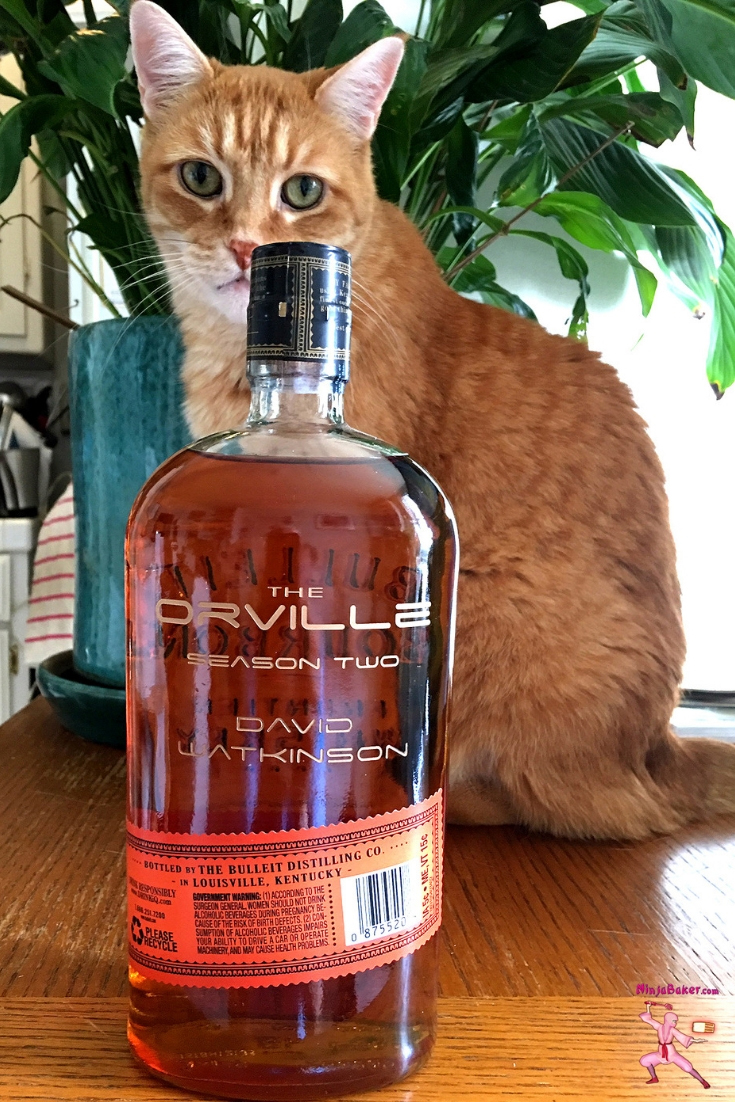 Besides the fantabulous food and dancing, there are always fascinating people present. At The Orville Season 2 wrap party, David and I spoke with science consultant, André Bormanis. (To quote a Seth tweet about The Orville,  “André Bormanis keeps us honest.”)

André is also an advisor on Cosmos: A Spacetime Odyssey with Neil deGrasse Tyson. (The original show starred my grandfather’s hero, Carl Sagan.) Both André and David were physics majors so they could’ve have chatted all things science. Fortunately both men are gentlemen; the glazed over expression on my face may have prompted a change in subject. We chatted about classical music. Again, André was leagues ahead on knowledge. Did you know the Impressionist painters were mirrored in the musical world with composers like Claude Debussy and Maurice Ravel? 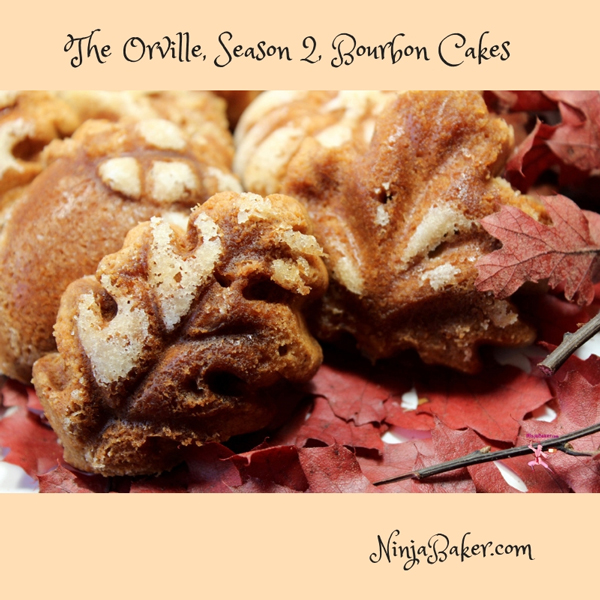 Other unexpected treasures also unfolded as the evening flowed. One young man with a “vintage” ‘70s jacket and his hot date hugged me. They said nice things about David’s and my old-fashioned (ballroom/swing) dancing. Honestly, I was surprised that someone their age would notice a couple from the dinosaur age.

To top off the evening, Seth had thank you gifts for his crew. Kentucky Bourbon bottles were individually inscribed with the name of a crew member. Neither David nor I are huge drinkers but we love alcohol infused sweets. 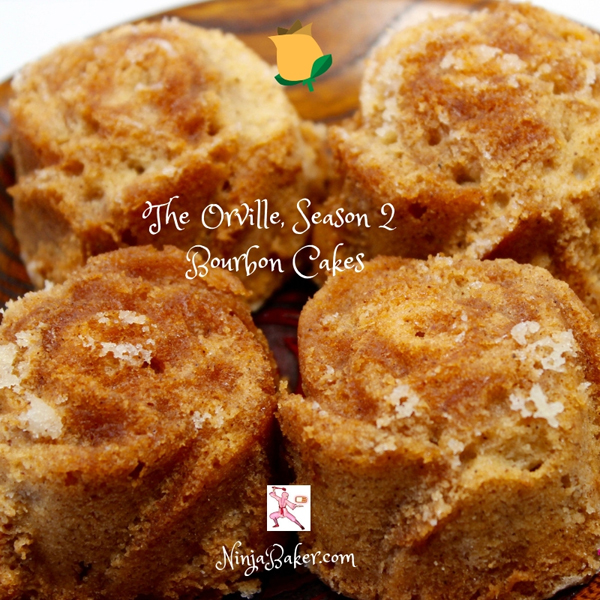 Sooo, I created bourbon rose and autumn leave cakelets. (The recipe will also make for one beautiful bourbon cake.)  The Orville Season 2 Bourbon Cake is out of this world yummy! Fluffy cake with a kiss of spice follows a burst of bourbon. To enhance the Southern Kentucky Bourbon experience, you can always add roasted pecans. 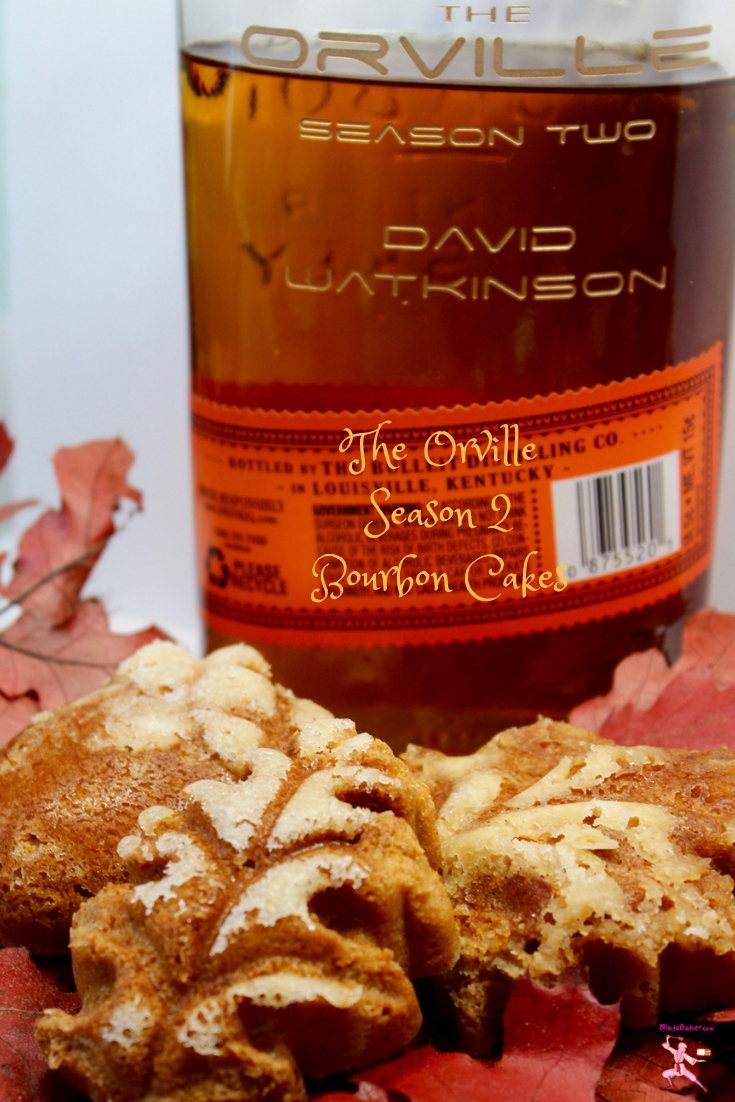 Note: This is a grownups only dessert. 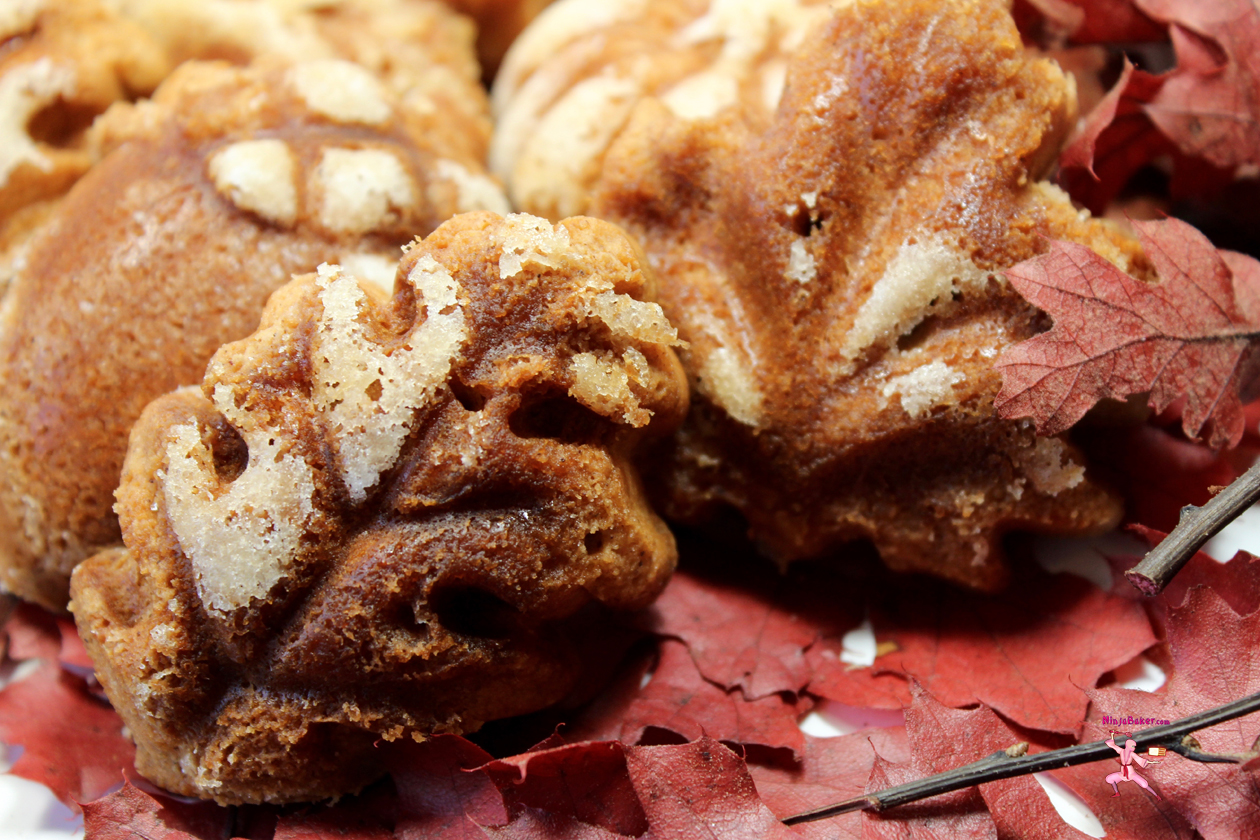 The Orville Season 2 Bourbon Cake is out of this world yummy! Fluffy cake with a kiss of spice follows a  burst of bourbon. Bake this batter up into 60 cakelets or 1 large bundt cake. Serve with or without traditional Southern pecans. P.s. This is a grownups only dessert.

A few modifications were made to the original Restless Chipotle recipe.

Wishing you unexpeccted out of this world treasures!