Did you see the classic film, E.T.?

Quick synopsis – without a spoiler: An alien, E.T., is adopted by siblings, Elliot, Michael and Gertie (played by Drew Barrymore.) Their autumn experiences with E.T. teach them about love and turning on “Heartlight.” (The title song of the film.)

Autumn is a time when green leaves transform into magnificent hues. (Hopefully, we human beings also mature with the changing seasons!) In pursuit of the true meaning of home during my summer and autumn in Boulder, E.T. slipped into my mind. (Quotes from the film such as “E.T. phone home” and “I’ll be right here,” have choked me up a bit.)

Bicycles and Boulder are synonymous...
Remember the classic shot of Elliot pedaling E.T. across the moon?

My calendar also prodded me to participate in a fabulous fall fest #SundaySupper at Twitter. (Please scroll down for your invite.) So, in honor of Elliot luring E.T. out of the forest with Reese’s Pieces (peanut butter candies), I made peanut butter ginger apple cookies. Apples and peanut butter are staples in almost every American child’s lunch box, n’est-ce pas?

The crisp, sugary peanut butter cookie is tempered by a snap-to-attention ginger orange marmalade.  Organic Fuji apple crisps, more ginger orange marmalade and low-fat Neufchâtel cheese also bring in a luscious smooth contrast. Many thanks to my friend, the Cake Spy. She is a Pillsbury Bake-Off judge and this post on her blog inspired the recipe.

I hope you enjoy the peanut butter ginger apple cookies and find yourself tripping back home to your heartlight. (If you are a vegan, you might like my peanut butter vegan dreams.) 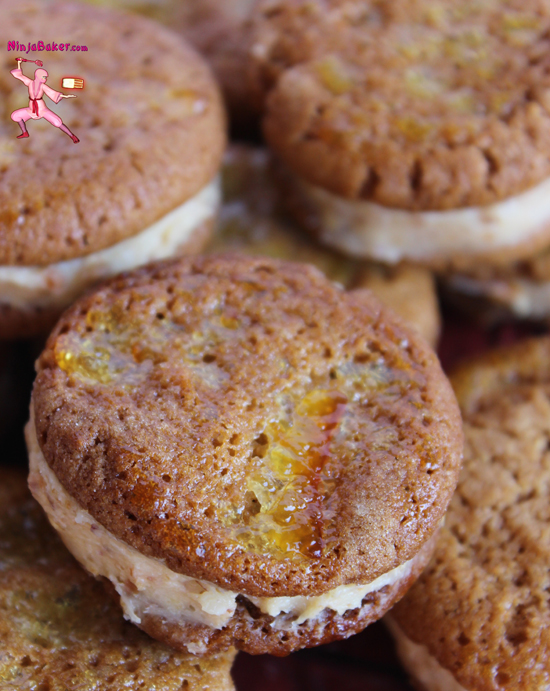 Flatten the cookies with a shot glass (or other small round-bottomed glass) dipped into ginger orange marmalade. Sprinkle with sugar.  Bake at 350 degrees for 10 to 12 minutes. Cool.

*Ninja Note: Freeze your peanut butter cookie rounds for 15 minutes or more. You can avoid cookies spreading and colliding into each other while baking.

Whip up the Neufchâtel cheese with 1 tablespoon of ginger orange marmalade with an electric mixer. Gradually beat in the apples and powdered sugar. Add 1 tablespoon of milk (or more) to achieve an ideal consistency for the filling.

Slather the filling onto a cooled cookie. Top with another cookie to create a peanut butter cookie sandwich. Serve with Reese's Pieces (peanut butter candies) if desired.

Special thanks to Coleen of The Redheaded Baker and Conni of The Foodie Army Wife for hosting this fabulous fall foods Sunday Supper. Here are a few more delicious finds for your autumn dinner table.

Salads and Side Dishes

Wishing you a happy heartlight glow.