Powerful Peppermint Magic in Japan and in Chocolate Cupcakes

Ancient Japanese knew the secrets of peppermint. (The miracles of chocolate and cupcakes came to Japan a few centuries later.) Alongside their Egyptian counterparts Japanese healers were prescribing peppermint leaves, teas and oils for digestive and respiratory issues. Toothaches and headaches were also cured with the perfect mint. The current interest in the natural medicines has put the restorative qualities of peppermint back in the spotlight. (Aromatherapy is huge in Santa Monica. Is it popular in your neighborhood, too?) By the way, peppermint is packed with omega 3 fatty acids, iron, calcium, Vitamins A and C. 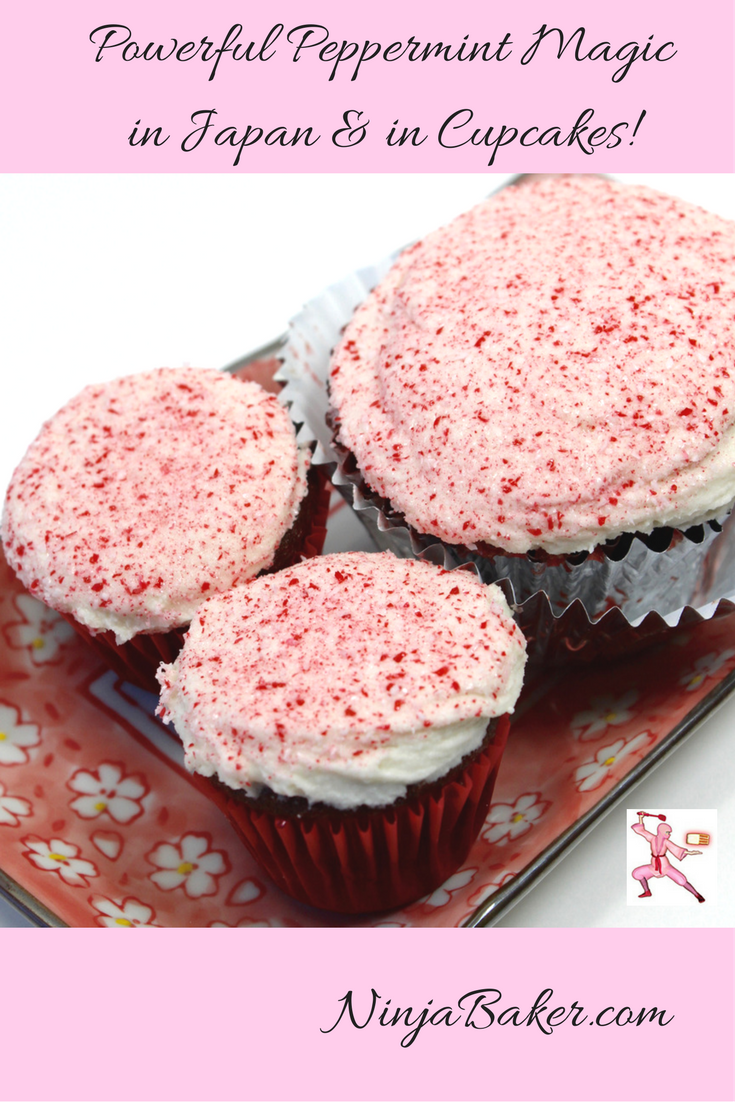 Ninja Note: Japanese mint is sharper than North American mint. If using peppermint essential oil for health or baking, a drop or two can be potent. Trays of goodies away have been tossed thanks to my generous dousing of essential oils.(The Chocolate Peppermint Cupcake below is made with peppermint marshmallows - which add the perfect minty accent.)

Chocolate, another magical elixir, was allegedly introduced to Japan by the Dutch in the late 1700s. In the 1800s, the Japanese took a look at French chocolate factories. By 1918 the Morinaga confectionery company in Japan was cranking out milk chocolate bars. But, the burst of chocolate popularity in Japan came in 1945. Apparently  American servicemen served the chocolate industry well by handing out chocolate bars to Japanese children.  Then, in a power PR move, Morinaga confectionery promoted Valentine’s Day chocolates in the 1960s. Chocolate in Japan is now almost as popular as Japanese green tea. (Almost.) 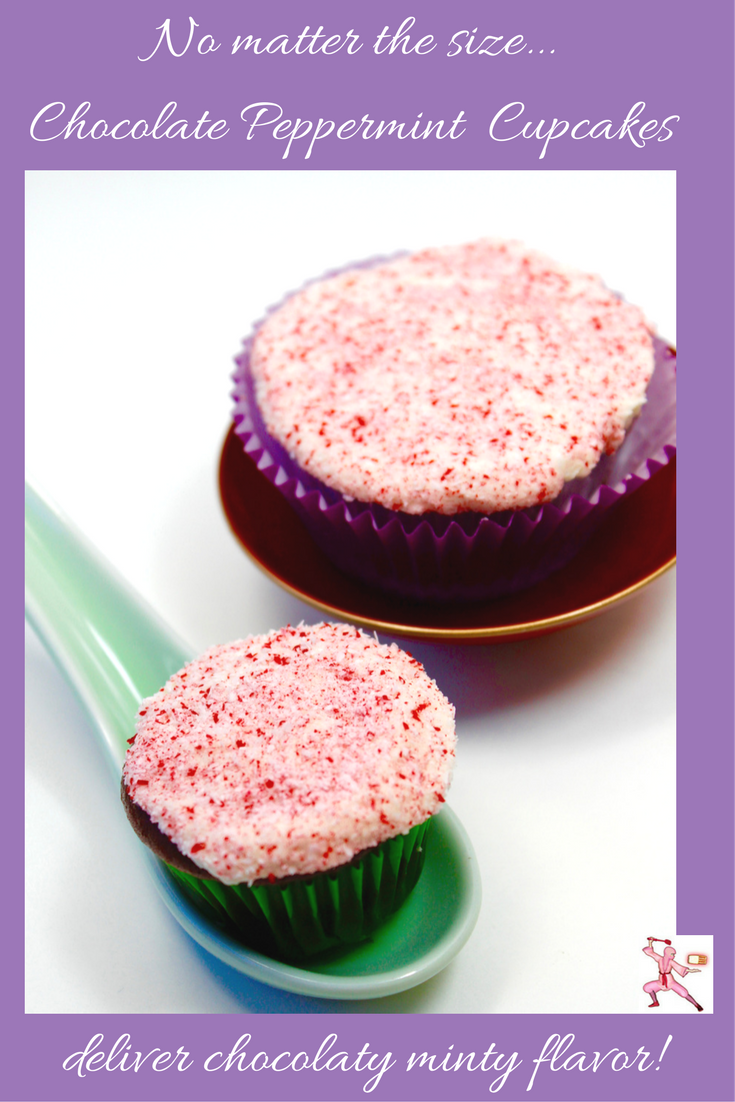 Certainly, chocolate and peppermint take on creative twists and expressions worldwide. Inspired by a ribboned bag of pink peppermint marshmallows at the market; Organic Miss Jones Chocolate Cake Mix and Christmas, I created Chocolate Peppermint Cupcakes. Into each chocolate cupcake, a peppermint marshmallow was inserted. I thought the marshmallow would be visible once baked. Turns out they completed melted and left behind a moist chocolate-minty cake. To make the cupcake even more magical, I grabbed a tub of Organic Miss Jones (non-GMO – yay!) Vanilla Frosting. I slathered the tops of the cupcakes and sprinkled the very vanilla-y frosting with peppermint candies.

See the recipe below for an easy route to chocolate peppermint cupcake scrumptiousness! 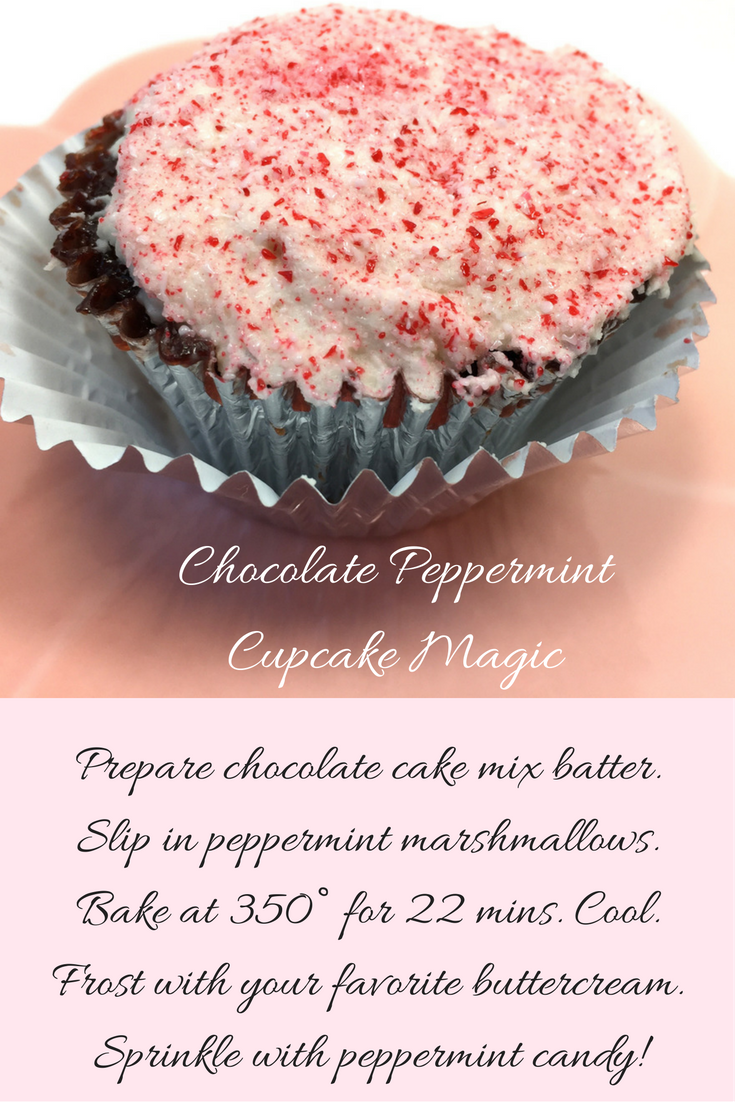 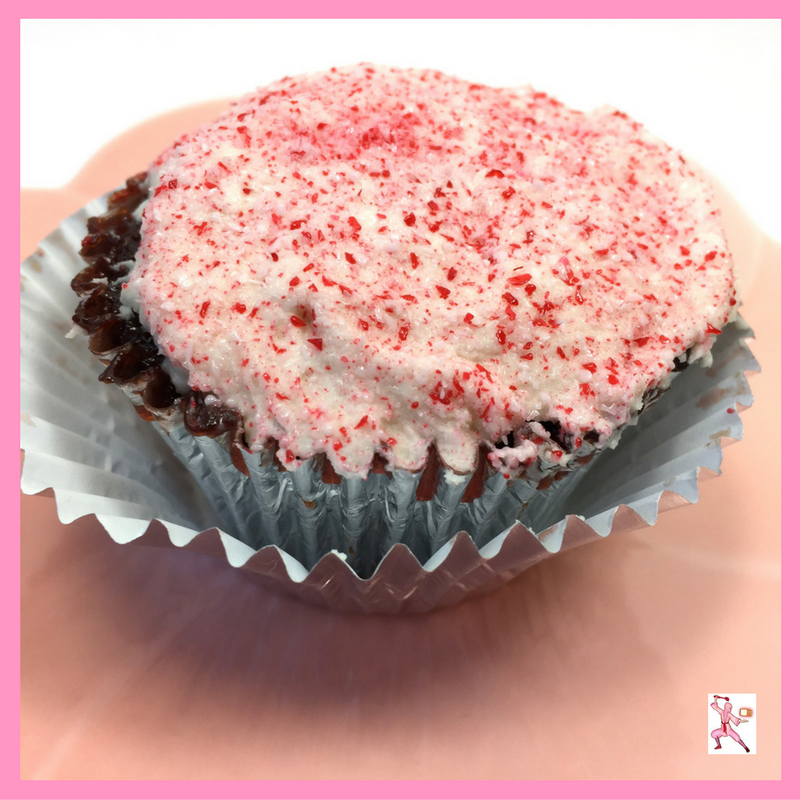 My Chocolate Peppermint Cupcakes came together oh, so quickly thanks to Organic Miss Jones Chocolate Cake Mix. No kitchen stand mixer is necessary. All you need is one big bowl and one big spoon (or spatula.) In minutes, a moist cupcake emerges from the oven. Once cooled and slathered with vanilla frosting and sprinkled with peppermint candies, you’ll know it’s a Merry Christmas…whether it’s the holiday season or not.

Ninja Note: The ratio of milk, eggs and butter to the cake mix reflects the brand I chose. Follow the instructions as directed on the package you choose.

Whisk together all the ingredients except the marshmallows in a big bowl.
Divide the batter into cupcake cases.
Slip in peppermint marshmallows.
Bake at 350° for 18-22 minutes for regular cupcakes, 10-14 minutes for mini cupcakes. Insert a toothpick into the cupcake centers. If there is a crumb or two, the cupcakes are probably done. More than that, pop the cupcakes into the oven for a minute or two more.