“We are the music-makers,
And we are the dreamers of dreams.”
~Poet, Arthur O’Shaughnessy quoted by chocolatier Willy Wonka in Willy Wonka and the Chocolate Factory.

Are you a bonafide foodie? If you answered yes, Willy Wonka and the Chocolate Factory is a must-see movie.

Just in case you haven’t seen the classic film, here’s a brief intro: Tucked into five Willy Wonka chocolate bars are golden admission tickets to the famed (fictitious) chocolatier’s factory. Good-hearted Charlie can’t afford a chocolate bar. But he doesn’t give up his dream of stepping into the factory manned by Oompa-Loompas churning out chocolates like the Scrumdiddlyumptious Bar. Life rewards the sweet Charlie; he finds himself meeting Mr. Willy Wonka and touring the fantastical factory. 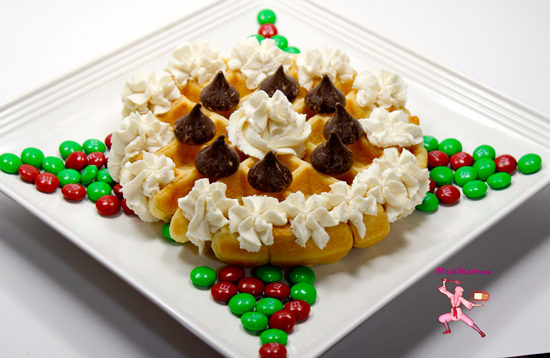 Maybe there’s a lesson in the Willy Wonka and the Chocolate Factory about perseverance and faith. What do you think?

Sometimes I stumble and forget about the dreamers who keep the faith and persevere. You could say I’m on the hunt at times for courage when faced with challenges. Even the smallest of new things look risky. Life, however, is kind. Opportunities to face silly (and not-so-silly) concerns and discover peace are continually presented. To resolve the smaller f-e-a-r, an invitation to attend the On-the-Hunt themed #SundaySupper appeared. (You are welcome to attend, too! Scroll down for details.) 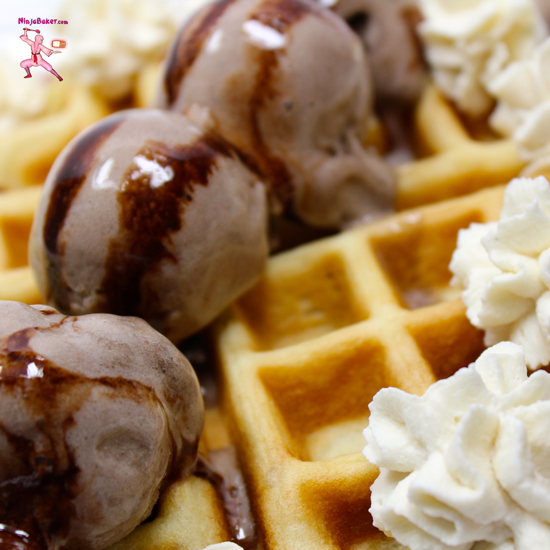 I’ve been waffling about making waffles for the first time in my life. Waffles were a favorite treat from childhood Sunday brunches. But, our nanny always made the Sunday waffles. Somehow I never learned to make them. (Yes, I was spoiled.) So, thanks to the hosts of this #SundaySupper, the kindhearted and killer cooks, Stacy of Food Lust People Love and Tara of Noshing with the Nolands, I went hunting for a classic waffle recipe. And coaxed the brand new waffle maker out of its box.

Ninja Note to Self: Sometimes things loom larger than they really are. (E.g. Who knew that huge waffle maker box held a very manageably sized professional waffle maker? And who knew that batter wouldn’t go flying when flipping the machine?) 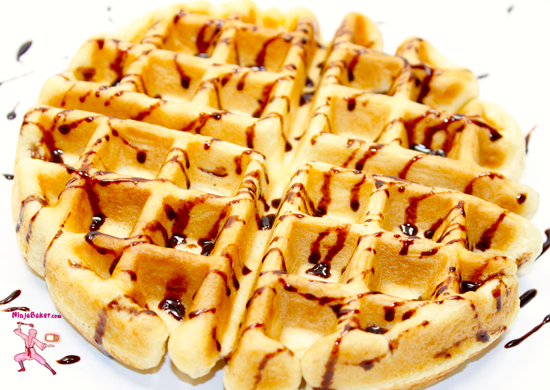 The result? Hear the harp music playing? Yes, indeed. The Belgian waffles were golden brown, light and fluffy! Excited by the success, I had to embellish the beauties with chocolate...After all, even this Tokyo-raised Ninja Baker saw Willy Wonka and the Chocolate Factory and was inspired. Perhaps the film made me a dreamer forever. Who or what has inspired you? 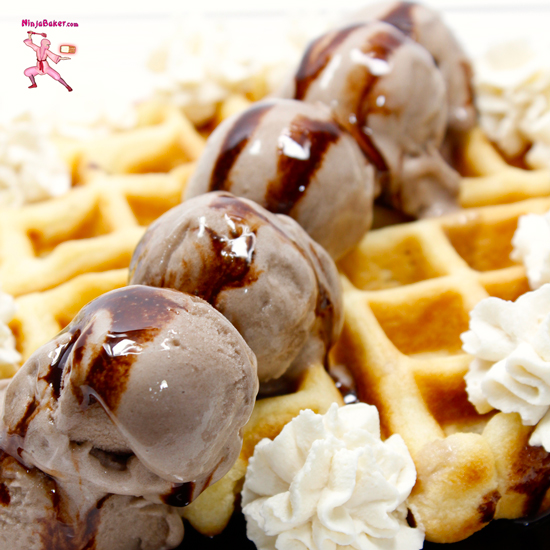 The Belgian waffle is a fluffy cushion dish for all your favorite foods. Your creativity can shine on the waffle canvas as you garnish with sweet or savory treats.

Whisk the flour, sugar, baking powder and salt together. In a separate bowl, vigorously stir the milk, eggs, oil and vanilla. Add the milk mixture to the flour bowl. When combined, preheat the waffle maker. On to the center of the waffle maker, place a cup of batter. Bake about 4 minutes or until golden brown.

Sprinkle your favorite chocolate candies atop the waffles or drizzle with chocolate syrup. Or garnish with clouds of whipped cream and/or chocolate ice cream! Or any other concoction that makes you feel like you've won the golden ticket in a Willy Wonka chocolate bar!

Here are a few more inspired recipes for your foraging pleasure.
Happy Hunting!

Spread it on Thick

Join the #SundaySupper conversation on Twitter on Sunday! We tweet throughout the day and share recipes from all over the world. Our weekly chat starts at 7 p.m. ET.  Follow the #SundaySupper hashtag and remember to include it in your tweets to join in the chat. To get more great Sunday Supper Recipes, visit our website or check out our Pinterest board.